“Innocent of All Fraud Charges on Appeal”

First: Since Dick’s clients never complained, are ALL satisfied, and not seeking any form of relief why did the State of Illinois Department of Securities levy $353,500 in fines and costs against Dick Van Dyke that do not compensate any of the State’s “so called victims” based on the State’s 33 fictitious findings of fraud?

Second: Why try to retroactively revoke Dick’s securities license when his clients in question are, non-securities, fixed index annuity only – satisfied insurance clients?

Watch as Dick Van Dyke shares his frustration and thankfulness at Winning His Unanimous Appellate Court Decision.
The State of IL lost and was found to be Arbitrary and Capricious, while lacking evidence to support its allegations! 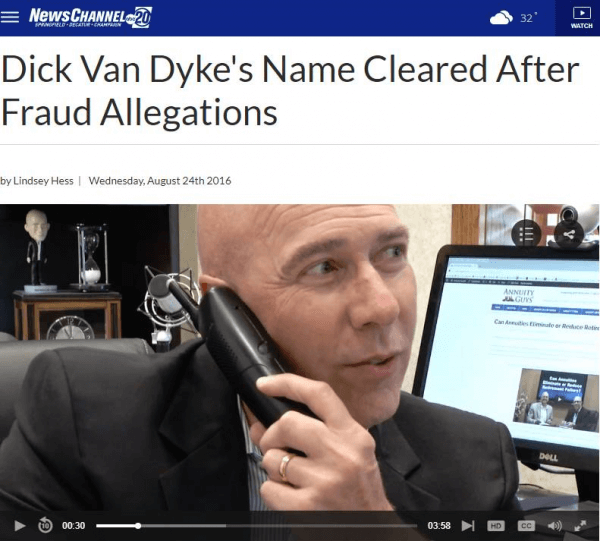 Third: Why did the State of Illinois Department of Securities try to claim new jurisdictional authority over annuity insurance products that have been unambiguously excluded as a security for ninety years of IL legislative history?

Fourth: Why did the Illinois Department of Insurance (the agency with undisputed jurisdiction) settle their similar case against Dick amicably with no reference to fraud or dishonesty and accept that Dick admitted to no violations while allowing him to remain insurance licensed in good standing?

Fifth: Why did the Illinois Attorney Generals office settle their similar case against Dick amicably with no reference to fraud or dishonesty and accept that Dick denies any wrongdoing?

And Now – The Rest of The Story! 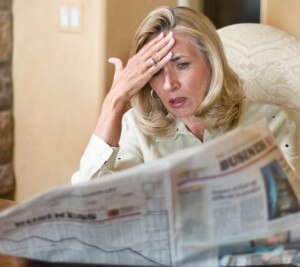 Until now, I (Dick Van Dyke), have remained mostly silent about the three cases filed by State of Illinois agencies against me. From the time these cases began almost eight years ago, I have seen quite a twist of events. I now know that the Illinois Department of Securities (IDOS) initially acted on a complaint that had been filed against my firm by a competing financial advisor. David Lisnek was the competing financial advisor at that time filing complaints. In a turn of events Lisnek lost his investment adviser license permanently and is ironically now a convicted felon with financial crimes against an elderly woman in her eighties. Ironically, this was my only accuser and he plead guilty to the very allegations and complaints he falsely filed against me!

It is significant that there have been no client complaints nor any form of relief sought by my clients even though the IDOS urged my clients to turn against me and accept as true the IDOS allegations. Similar complaints were also filed by the same competing financial advisor, with The Illinois Department of Insurance (IDOI) and The Illinois Attorney General’s Office (IAGO). All three State agencies as a result of non-client complaints joined together against me while seeking huge penalties totaling about $500,000.00 in aggregate.

I have settled amicably with two of the above agencies, IAGO and IDOI, with no guilt or fraud in their consent agreement.

I refused to settle with IDOS (based on their lack of jurisdiction & 33 fictitious findings of fraud) and have since won my case by a unanimous Appellate 3 Judge decision, reversing all 33 IDOS findings of fraud on appeal, as arbitrary and capricious being against the manifest weight of the evidence.

Verbatim summary of Dick’s Appeal Victory Against The Illinois Department of Securities – IDOS:

JUSTICE TURNER delivered the judgment of the court. Justices Harris and Holder White concurred in the judgment.

On appeal, Van Dyke argues (1) the Department had no jurisdiction over the marketing and sale of indexed annuities by insurance producers, (2) the Department failed to prove fraud and acted arbitrarily, and (3) the fines and penalties imposed were arbitrary, excessive, contrary to the evidence, and inconsistent with fines imposed in other cases. We reverse the circuit court’s decision and the Secretary’s final order.

Van Dyke argues the Department failed to prove fraud and it acted arbitrarily or, in the alternative, any findings of fraud are against the manifest weight of the evidence. We agree.

Here, we find the Secretary’s decision is arbitrary, capricious, and against the manifest weight of the evidence. The Department failed to set forth any applicable rules or written criteria to evaluate insurance annuities that would indicate its expertise in that area.

It should also be noted that of the 14 Van Dyke clients who testified, none of them had any complaints. All of Van Dyke’s clients reviewed and signed application forms, rider forms, and contract forms approved by the Department of Insurance acknowledging they were aware of the various benefits, features, surrender charges, and fees associated with the replacement annuities.

We find the evidence presented failed to establish Van Dyke violated the Act in the sale of the indexed annuities in this case and, more specifically, that he perpetrated a fraud on his clients.

As such, the Secretary’s final order revoking Van Dyke’s investment adviser registration, prohibiting him from offering or selling securities in Illinois, fining him $330,000, and requiring him to pay witness fees of $23,500 must be reversed. 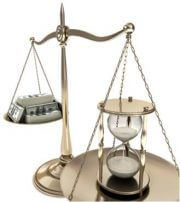 For the reasons stated, we reverse the circuit court’s decision and the Secretary’s final order.

The Illinois Attorney General’s (IAG) office initially made multiple allegations that my website contained inaccurate and deceptive information about my qualifications and the scope of my insurance business. The IAG settled with me by requiring a $5,000 voluntary contribution to a state education fund. My denial of any wrong doing ultimately was accepted and specifically addressed in the settlement. As a resolution to the IAG case, I agreed in the future to always construct my website and to conduct my financial practice in a manner that provides full disclosure of all material facts – which I maintain I have done at all times.

The Department of Insurance (IDOI) case alleged that I had failed to prepare or accurately complete certain annuity disclosure forms for my clients and for the annuity policy issuing companies. Again, it is my understanding that none of my clients or any annuity policy issuer ever raised a complaint about these forms to the IDOI. While I originally thought that my completion of the particular annuity forms was completely accurate, I later learned that additional information should have been considered and referenced when these forms were submitted to the annuity policy issuer.

In recognition of what could be considered an error in completing these forms, I proposed a mutually agreed settlement to the IDOI. As a part of this settlement, I agreed to a $6,000 civil penalty. I also agreed to complete all future paperwork accurately and correct. I also agreed to obtain insurance carrier approvals when advertising their products – which I maintain I have done at all times.

However, I consistently refused to accept any settlement offer from the Illinois Department of Securities (IDOS). Three key factors in winning my IDOS appeal involved: First: The IDOS lacking lawful jurisdiction over annuities – particularly whether fixed index annuities are insurance products or securities. Second: The fact that the IDOS had no client complaints or any negative client testimony recorded against me by any of the twenty-one clients in question. Third: Of the twenty-one clients in question their aggregate account values from their old annuities to their new replacement annuities increased by about $118,000.00 after accurate math was applied for all relevant factors including new bonuses, surrender charges, and positive market value adjustments on surrendered annuities! ($118,000.00 gain = happy clients – hmmm:)

I maintain that the IDOS had no lawful jurisdiction over my sale of annuity insurance products. The IDOS falsely miss-characterized all of the fixed index annuity insurance products that I helped my clients with by wrongly considering them to be securities, while intentionally disallowing any consideration for the additional insurance benefits or monetary gain my clients obtained from their new annuities. The very IL State Statutes that they have used to bring their administrative law case against me specifically and unambiguously excludes Illinois registered insurance company annuities from being treated as a security under Illinois law.

My opinion: I am thankful that rational minds at the Illinois Department of Insurance and The Illinois Attorney General’s office finally prevailed to reconsider the facts of my case and settle fairly with me – having no further references to dishonesty or deceptive business practices.

I only wish more rational consideration would have prevailed from the beginning, sparing me from so much unfair negative press that seriously damaged my reputation and financial practice, locally. In addition, it could have saved me over $650,000 in legal fees to date, if all three agencies would have simply weighed the facts fairly before jumping on the public bandwagon to destroy me, for what I believe, was to further their political advantage and to justify their existence!

This, unfortunately, has been a David versus Goliath type of legal battle; given my limited financial resources compared to that of the State of Illinois’ almost inexhaustible legal resources brought to bear initially by three IL agencies in what appeared to be a conspiratorial attempt to overwhelm me with legal costs, and destructive press releases.

I was legally advised that this is typical of IL state agencies, so even innocent citizens pay to settle, before they are ultimately destroyed by the state’s heavy handed practices. In the private sector this can be considered extortion, blackmail or thuggery with extreme financial and even criminal consequences against the perpetrator. However, the State of IL operates above private sector laws and has unfair advantages of immunity, which leads to abusive practices against innocent citizens, in my humble opinion…

The, Illinois’ administrative law system based on my experience is a total sham awash with unaccountable bureaucrats destroying innocent people and then suffering no consequences! This is one big reason why IL does not attract new business and many businesses are leaving IL at an alarming rate, not to mention, attacking innocent productive businesses contributes to why Illinois is financially insolvent.

This entire case was initiated based on complaints filed by one financial competitor who has, since, been found guilty of a felony financial crime against an elderly woman in her eighties!

All along the way my insurance and investment clients made no complaints against me, all fourteen that testified said I did right by them and they were quite satisfied. The state did everything in its power to turn clients against me and not even one of them agreed with the state, yet these ruthless bureaucrats would not relent.  My number one concern is for all of the innocent advisors that have been destroyed by this abusive administrative system and denied due process because they simply lacked the financial means to stand and fight this type of official thuggery, bullying and gross abuse of power.

PS: Stay tuned for the Sequel; Unfortunately, The State of Illinois in 2016 decided to appeal to the IL Supreme Court after losing by a unanimous decision to Van Dyke in the 4th District IL Appellate Court, after the IL Secretary of State’s alleged fraud case was judged arbitrary and capricious, being against the manifest weight of the evidence.